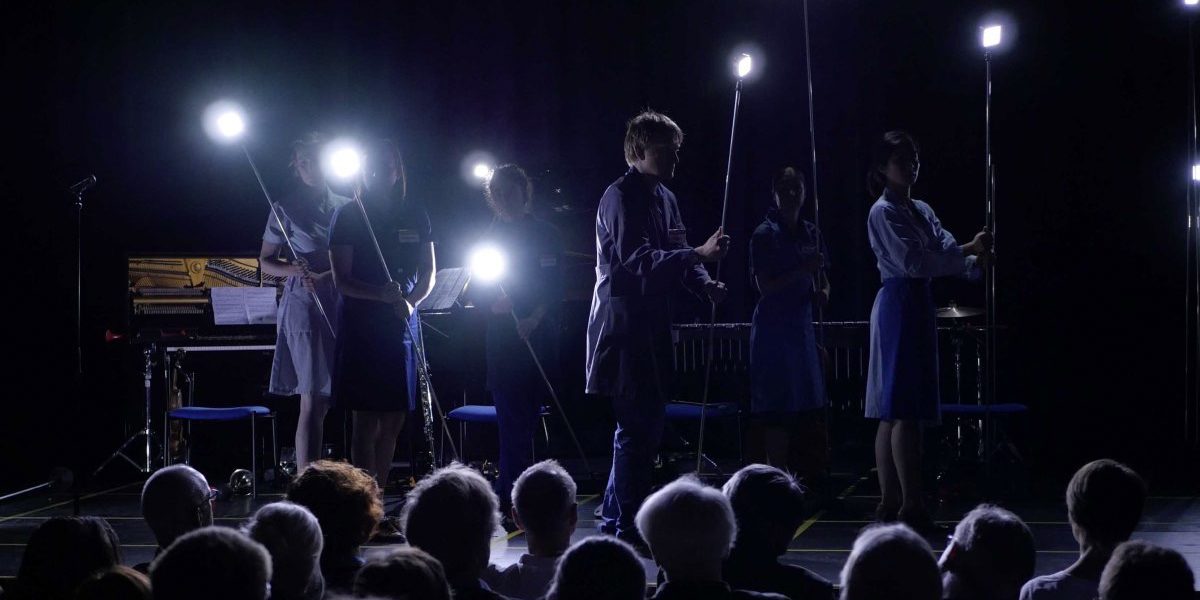 THIEVES is a music theatre performance about the sound of stories; of things that got stolen, things we wouldn’t like to get stolen, things we would like to steal. Next to personal mini-stories by the ensemble and the audience, there is a set of fictional ones, making the performance a kaleidoscopic fantasy about thieves. The music accompanies, dictates or even becomes the narration itself.

THIEVES could also be seen as a composed theatre performance. Sound is in focus; when the musicians play their instruments, when they talk, when they move on stage, while action is limited, so does music and text. Every part of the performance is an effort to move on. The six performers of Looptail dressed in ambiguous work uniforms could be employees in an office, a hospital, a cleaning company, a supermarket. THIEVES doesn’t follow a narrative, balancing between a level of abstraction found in contemporary music and the immediacy that theatre brings on stage.

“Did anybody ever steal anything from you? Why